Autumn in Ouddorp, Spring in the Western Cape 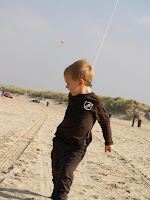 Occasionally, we have adventures that don't make it to the blog. Several weeks have passed since our day trip to the beaches of Ouddorp, but looking back at photos, it feels like yesterday. Let's just pretend it was!

It was sunny Saturday afternoon. Despite the wind being tamer than usual, we ran back into the house, to grab our cheap-o kite. We decided to head North, for unchartered territory (for us, anyway), ending up in "Ouddorp aan See" a mere hour later. It's funny, driving North always reminds me of "home", as pieces of Florida's (less tropical) coastline look much the same.

After a short walk to the beach, we unleashed our new "drachen" into the winds of the North Sea. Lukas could barely contain himself as he dashed this way and that with this unpredictable new toy. Running around and smiling for the camera, one does quickly work up an appetite, so we migrated up to the waterfront pavillion, enjoying a warm meal and drinks, seaside. 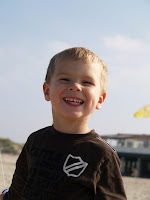 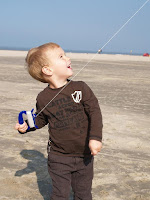 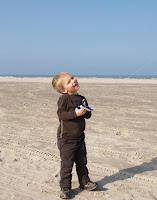 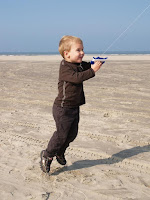 And on the way home we passed a pumkin stand (one of many). A sure sign that Fall is here! 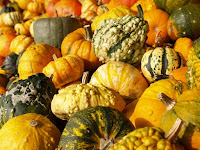 Isn't that what Autumn's all about? Kite flying and pumpkins? :-)

Well, we're off to South Africa in two days' time. When we come back, Winter will have set in, and all the trees will be bare. The thought of the rapidly passing seasons makes it hard to leave.

Liz , so exciting, have a wonderful trip to SA and I will wait here for your stories and photos.
Take care.
Love Viera

Beautiful pictures! That looks like so much fun. And I agree - that's exactly what autumn is about. :-)