Welcome to the 'Bossche Kelders' 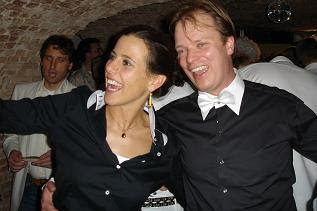 Welcome to the 'Bossche Kelders', or Den Bosch Cellars, a trendy underground bar in the heart of the youthful, Carnival-crazed city of Den Bosch. At this private 'White Night' party, where we were amongst the only foreigners, the hosts announced that they were married in Lapland just two weeks earlier. Felicitiert!

To celebrate their blessed union we dutifully consumed our share of Dutch beer, white and red wines, and assorted mixed drinks, while alternating between dance-floor spectating and our role as lazy lovers on the cozy "fat-boys". 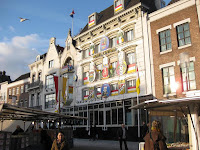