A Year Later - Thoughts On Leaving The Netherlands 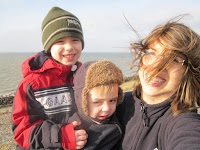 We finally found the time, and the weather, to make our 650km return visit to The Netherlands; a place we once called home. Though it had been six month since our last trip (which is quite long for a two-and-a-half year old), if you'd seen the kids on that 7-hour car ride you'd have thought this is a monthly commute, and when we arrived with Oma & Opa Claeijs (which is what the kids call our friends Peter and Julia), they walked right in, forgetting all about me. Obviously, they felt right at home.

It was just over a year ago that we packed the last boxes and headed down to Germany, saying "Tot Ziens" to a country that had overtaken our hearts over the course of two-and-a-half, quite incredible, years.
With this being an anniversary of sorts, it was only natural that I begin to reflect on our time there, and especially our likes and dislikes.


Somewhat ironically, a year after our departure some American friends were moving back to the States after their equally long Netherlands adventure, and I asked the husband what he would miss most about the country. Not surprisingly, his answer was one that Tobi might have given one year earlier. Why? The working spouse of an expat couple adjusts effortlessly and, most often, has no qualms with saying goodbye. The reason is clear, they never get as rooted in the country. They develop professional relationships, while we develop relationships with people who we trust implicitly... to take care of our children, to watch over our house, to care enough about us to teach us the language (just writing this is making me teary eyed), to care enough about us to still love us when we fail to master the language, to watch after our pets, to invite us into their homes - and lives - in spite of our limited time there. It's so different. We see the country through completely different glasses.
But, getting back to the point, the husband answered that he would miss both the sea and the centralness of the country, with its easy access to other European countries. 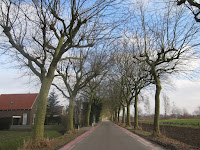 I didn't have a chance to ask my friend - his wife - the same question, but I can imagine what her answer would have been. She might have said, "I'll miss the the windmills, the water everywhere, the picturesque tree-line country roads, the language, the boots and people's sense of fashion [we've actually had a conversation about this], the bicycles (often with 2-3 children on board!), the architecture and conscientious Dutch window treatments, the local butterfly gardens and nearby theme parks, but most of all -- the people."
At least, this is what I would have told you. Yes, the sea is also fabulous, but the people are what make our time in any given place - in this case Zeeland - so special.

So Zeeland, a year after I left you, I want to say thank you again for the memories. My heart hurts a little when I think of having left, but this means that my time with you was well spent, with wonderful people and meaningful relationships, and that - in the end - I found a way to make you my home.
Posted by Liz Kraft at 2/08/2011 07:43:00 AM